Exercise – It’s not that complicated, all you need to know 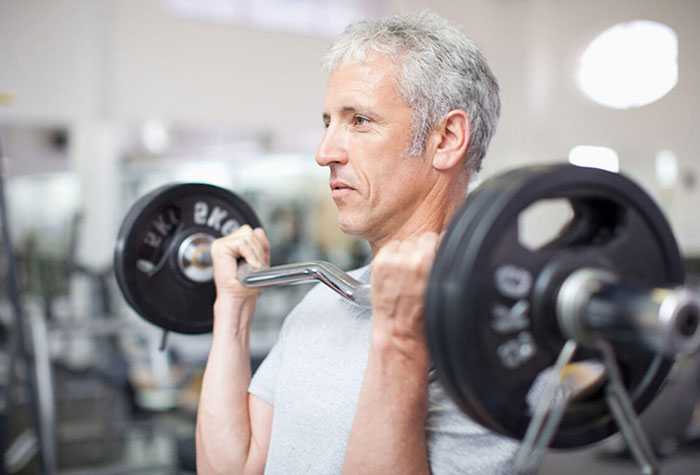 If I had a nickel for every physician-referred exercise patient that says to me “But that’s not what they say on TV,” I would be writing this from a Caribbean Island. I could write a book on the ridiculous exercise claims I have seen and heard during my 35 years of working in the fitness industry. The truth is: exercise is just not that complicated. I will never forget my original mentor who was a very close friend and had a Ph.D. in Exercise Science. To this day this person has forgotten more about exercise science and physiology than I will ever know. After working together for a couple of years, we went our separate ways. A few years later, our paths crossed again and I asked, “So, Dr. (name withheld), how is the exercise science world treating you?” waiting to hear about some groundbreaking study. The response I received floored me: “I am not involved in exercise anymore.” Well, after I caught my breath and allowed the shock to settle in, I asked her how she could walk away from years of study and thousands of dollars of investment. I will never forget her answer and actually, it is at the core of my remote training systems. Her reasoning for not being involved anymore: “Once I got out into the public fitness world I learned I was never going to use more than 5% of what I learned. So I went back to school and became a psychologist.” Over the years that stuck with me and I thought about it often. And 35 years later I realized not only is she right, but I feel the same way. So I turned my focus back into the people that need it most, and I am going to use my platform to get the truth out there. My goal is to squash all of the nonsense that gets pushed into the public that at best keeps people from achieving their goals, and at worst actually gets people hurt. Either way, they stop exercising. Now more than ever this is something someone needs to fix.

So let's get started because this will not take long. But beware, if you read this and quote any of it to some "fitness expert" there is a good chance you will get some negative, conflicting comments. Please know this: what I am about to explain is indisputable science. So if they want to argue any of this they are not arguing with me. They are arguing with science!!

Whenever I conduct one of my initial consultations, I always start by letting my patient know that everything related to exercise and your body’s reaction to it is based on what I call “The 2 Golden Rules of Physiology.” And no one can change them.

Rule #1: The Body is a Self-Sustaining Mechanism That Will Do Whatever it has to do to Stay Alive

So how does this affect exercise? Well, I will tell you. While this rule actually has a greater effect on diet, it does have a silent effect on exercise. Let’s keep in mind what I call the million-year-old theory. Obviously, one of the most important human needs is food. Considering the body is a mechanism that will do whatever it needs you to do to stay alive, let us go back millions of years. Let’s go back to the dinosaur days. Back then to eat we had to hunt. To hunt successfully, we had to be able to catch the dinosaurs. To catch the dinosaurs, we had to be able to outrun the dinosaurs. To outrun the dinosaurs, we had to rest. If you have ever watched Animal Planet the first thing a lion does if they chase but do not catch their prey is lay down and rest to re-energize because they know they are too tired to chase the next prey that comes past. Millions of years later you still have that internal mechanism. So whenever you are doing cardio, your body really does not want to do it. And without you knowing it, your body's internal mechanism fights you to stop or not even start at all. It is why if I am coaching someone and they are on the bike, without even knowing it their pedal speed will slow down the longer they go. And if you look around the gym you will also see people who are just not working as hard as they can. Most of the time I have seen this happen in group-type classes where there is no workload setting. I have fitness tracker EKG views that show, with data proof, an EKG line that starts at 140 beats per minute and ends at 120 beats per minute. Yet, the client will tell you they were working just as hard at the end as they were at the beginning. Sorry, but the data says no way, and valuable exercise time is compromised. To conclude the lesson in Rule #1: your body is fighting against you whenever you are trying to push yourself to get the results you want. And the only way to overcome that internal mechanism is to quantify your workout by wearing some type of fitness tracker that measures your effort and then having that data analyzed by a fitness expert to make sure it is personalized to your needs and physical profile. It is the only way you will know at any given time if you are working hard enough. No matter what anyone says, there is no magic workout. No one workout is any better than the other or guarantees automatic results just because you do that specific workout. So, what is the right effort, you ask? That is a story for another time.

Rule #2: Muscles Grow and Become Stronger Through the Overload Principle

This rule also revolves around an internal mechanism that cannot be changed. I have people ask me all the time, “Dennis, how can I get that toned look?” I will save the answer to the toned-look question for another article, but it does involve strengthening and growing your muscles. No matter what any “fitness expert” says there is only one way to gain muscle size. You have to make the muscle work harder than it normally does until it is too tired to do another repetition. Here is where the fitness infomercial businesses just flat out confuses and exaggerates the physiological facts. Every snake oil salesman has their “special way” of getting you to have bigger muscles faster with less work than anyone else. The truth again is your muscles are blind mechanisms that react to external stimuli. So in the case of trying to build muscle, it is just a matter of picking an exercise that makes that particular muscle exhausted which will result in muscle growth. For example, a few years ago abdominal planks became all the rage and if you were not doing planks you were wasting your ab time. The truth is: your abdominal muscle only has one function, and all you need to do is work it until the muscle is exhausted and you will strengthen and eventually build up your abs. This can be done just as effectively with old fashion crunches as it can with planks. The lesson learned from Rule #2 is there is no secret workout that builds muscle any better than another. It comes down to what exercise you want to do for that muscle that you will take it to exhaustion.

In conclusion, the point I want to emphasize is there is no secret or “best” anything. Exercise is just not that complicated. Remote Exercise Systems uses this simplicity and physiological facts in our coaching efforts to ensure your workouts get you results no matter how you choose to do it.

TwitterFacebookLinkedInPin It
<< Just “doing” exercise is not right. Doing the “right exercise” is right.
Finally – The Guaranteed “guaranteed results” System >>